Nigeria’s leading estate investment company, Adron Homes and Properties has lived up to its promise of bringing development to select suburbs of Ibadan, the Oyo State capital, with its current development of West Parks and Garden Estate at Ayegun/ Oleyo off Alao Akala highway.

The Tabloid.net recent visit revealed that the massive parcels of land, being allocated to clients, has impacted positively on the people of the axis, in terms of electrification, improved security and human traffic.

Besides, a good number of residents-young and old- are currently earning a living on the site as construction workers, while commercial motorcycles and Tricycle now have more patronage in workers coming and exiting the site on daily basis.

The wide layout in the garden is indicative of a21st Century satellite designed to relieve Ibadan metropolis of its natural population density.

A senior official of the company, who did not want his name in print, disclosed that some clients had developed their properties and packed in with encouraging stories of their new experience offered by the serenity of the environment.

“As you can see, we are not operating what we call bush estate, whereby lands are allocated but left undeveloped. Our terms with clients are clear on this, and we do remind them on need to comply with those terms,” he said.

Meanwhile, residents of Ayegun/Oleyo have called on Oyo State Governor Seyi Makinde to come to their aid by constructing road which is suitable to be plied by vehicles and other users.

They specifically appealed to the governor to compliment the efforts of Adron Homes and Properties, which, according to some of them, had always brought grader to the road and made it passable.

A resident, who gave his name simply as Ademola, patted Adron Homes and Properties in the back and stressed that if not because of the current rain season, the company would have graded the road as it usually does.

“I only see vehicles of the company on the road. I have not seen their site but those who have got there said it is a big site. We thank them for choosing our area for development. We are feeling their presence. They should also join us to appeal to Governor Makinde to construct this road,” he said. 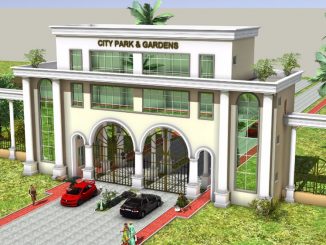 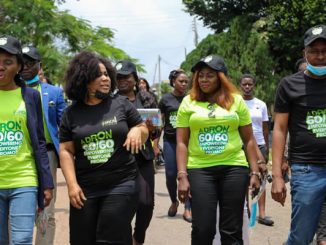