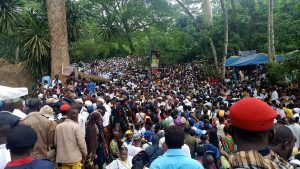 The ancient Osun grove, where traditional rites were performed by the Osun devotees led by the Arugba, was filled to the brim by local and foreign tourists decked in colourful costumes.

Law enforcement operatives including members of the Oodua Peoples Congress (OPC) positioned themselves at different points where they kept an eagle eye on everyone to prevent pickpockets and sundry criminals from inflicting sorrow in the peoples.

The Aare ona kakanfo of Yoruba land, Gani Adams’ presence was a booster to the OPC members who ensured the festival recorded minimal cases of crime. 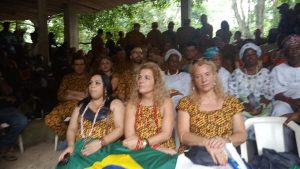 Adams at the OPC special stand at Asubiaro axis of the town, warned that high spate of insecurity and dwindling economy are setting Nigeria up for a dangerous tailspin.

He said the spiraling inflation, rising energy costs, scarcity of foreign exchange and dwindling value of the naira are bleeding the Nigerian economy.

“It is obvious that President Muhammadu Buhari is too aloof to have a full grasp of the enormity and complexity of the security and socio-economic challenges bedeviling Nigeria.

“It is genuinely difficult to fix the Nigerian economy with the present approach.There is no guarantee that this economic slide can last beyond next year, unless the Federal Government embark on holistic economic reforms. 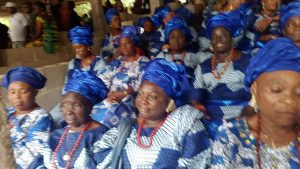 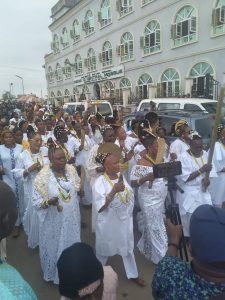 The Aare noted that the Osun fiesta ranks among the most celebrated festivals in the South-west, urging traditional rulers in the region to promote the various festivals in their respective communities.

The Ataoja of Osogbo, Oba Jimoh Oyetunji Olanipekun, applauded the efforts of Adams, declaring that the Yoruba generalissimo has been a blessing to the South-West.

“I express my appreciation to the Aareonakakanfo of Yoruba land for the yearly support. I am happy whenever I see all members of the OPC coming down to Osogbo to celebrate Osun festival with us,” he said. 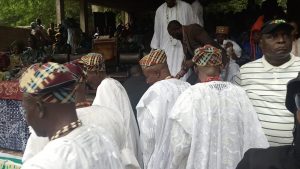 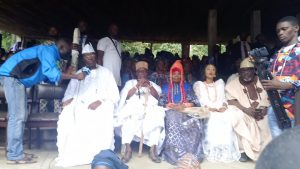