Ogun State Governor, Prince Dapo Abiodun, has appealed to the Federal Government and the Academic Staff Union of Universities (ASUU) to immediately put an end to the ongoing ASUU strike, in the interest of not only the students but the entire nation.

Abiodun gave the plea while inaugurating the boards of the state-owned tertiary institutions on Thursday, saying that education remains the biggest industry in the Gateway state.

“We can all feel the effects of these unresolved crises not only on our university system. It has affected other sectors of our economy. These youths are out of school. And, we all know that an idle hand is an available workshop for the devil. 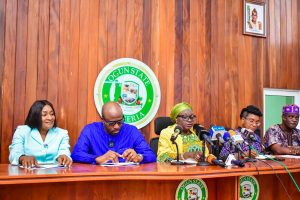 Asking the striking lecturers and the Federal Government to sheath their swords, he noted that the overall interest of the nation should be paramount, so that the biggest industry is not put in jeopardy and the students are not unduly punished. 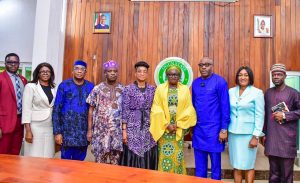 The governor explained that, with the inauguration of the boards of the tertiary institutions, his administration is celebrating the proud legacy of education bequeathed on the state by its early torchbearers in the sector.

“We are worthy inheritors of an entrenched legacy in education. And, to our people, education remains the biggest industries”, he said.