Between July 1 and July 2, 2022, the Green Minds Hotel, Obafemi Awolowo Way, Utako District, Abuja, the Federal Capital Territory, witnessed an unusual presence of members of the Great Ife Alumni Association for what is called the Quarter 2 Global Executive Council Meeting of the body.

The Tabloid.net gathered that the meeting enjoyed a sufficient awareness drive coordinated by Global Publicity Secretary, Professor Akeem Amodu, who reached out to members through their individual WhatsApp medium and updated them on the significance of the gathering.

After the two-days sessions, which allowed participation through Zoom mode, Amodu issued a release, which highlighted the council’s resolutions on Dallas Reunion holding in the US, Turkey Reunion, resignation of Vice President South-West VPSW, Zonal Reports, Finance, Committee Reports among others. 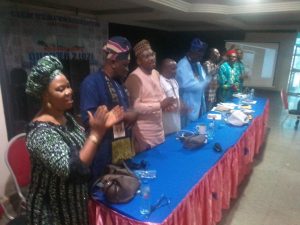 The highlights by the Publicity Secretary:

Dallas Reunion: Council further restated commitment to the promotion of unity, peace and harmony among branches and between members in line with the aspirations of the constitution of the Association to sustainably contribute to the development of our Alma Matter, Obafemi Awolowo University, Ile-Ife, Osun State, Nigeria.

Vice President South-West (VPSW): Council accepted the resignation of VPSW, Mrs. Akin-Taylor and wished her well in the Dallas Branch of the Association.

Zonal Reports: According to reports membership is expanding in all the three Zones of the Association (Southwest; South-south / Southeast and North) as new Branches are being inaugurated and applications for inauguration of new Branches (local and international) are being processed.

Finance: Council adopted the Three-Month Financial Report as presented by the Global Treasurer. Branches were encouraged to pay up their dues.

Committee Reports: Council considered reports from the following committees: Alumni Guest House Committee (AGHC): Council appreciated the AGHC and encouraged members to popularize patronage of the Guest House for improved revenue.
Editorial Committee: While appreciating the Editorial Committee, Council directed the Committee to come up with both digital and paper-based version of the Association’s Magazine.

Project / Works Committee: Council commended the Committee for the ongoing expansion works at the Alumni Guest House. Branches were reminded of the standing policy of naming any of the Guest House Chalets after any member or branch that picks up furnishing bill.

Subscription Portal Committee: Against the background of the committee report of underutilization of the Subscription / Registration Portal, Council directed an on the spot mandatory registration by all members present. Members expressed  satisfaction with the ease of the online registration and promised to bring onboard members from the various branches.

Alumni Retreat Committee: The Committee reported changes in Turkey’s traveling policies. Council re-affirmed its decision that the International Re-Union of the Association comes up at Antalya, Turkey between 20th-25th September 2022. Council also approved the creation of a WhatsApp Platform for the purpose of updating members who have made financial commitments to the Retreat.

Branch Reports: Branch Chairmen gave report of activities from the various branches of the Association. Council appreciated the level of increased activities at the Branches and urged continued membership drive. 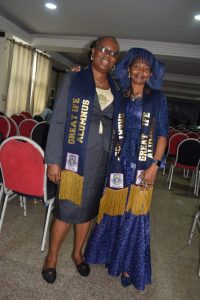