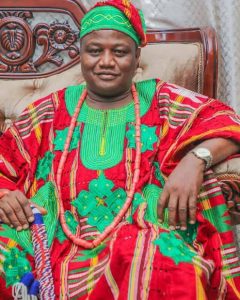 The Ataoja of Osogbo, Oba Jimoh Olanipekun Oyetunji has charged indigenes and residents of the Osun State capital to remain peaceful and law-abiding.

Oba Oyetunji, on behalf of the Ataoja-in-Council and the Baales, expressed his gratitude for public support demonstrated to him in the past few days.

In a statement issued today and signed by his Secretary, Mr Bello Wasiu Olawale, the Ataoja clarified that he had not been queried over anything to have called for what he called the rumour.

Nonetheless, he said, “it is not over until it is over”, but insisting on his respect for the state constituted authorities.

“I still hold the Executive Governor of Osun State in the highest esteem as I also appreciate all his cabinet members for their understanding and support,” he stated.