The Tabloid.net gathered reliably that the project is a 21st Century primary school equipped with computers and operated on tuition free. 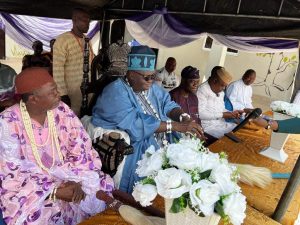 Sponsored by a patriotic son of Erinmo, Engineer Demola Agoro (in conjunction with Association of Women Engineers of Nigeria), the school is birthed in memory of Agoro’s late mother, Mrs Janet Agoro, wife of the late patriarch of the Agoro family and the Bobagunwa of Erinmo, Chief Joshua Alaba Agoro.

Oba Ajayi, who was visibly satisfied, attributed the school to grace of God, who, according to him, blessed his town with a kind soul in Agoro that deemed it fit to return home to site the project.

“I rejoice as I commissioned a brand new fully computerised private primary school where education is free of charge for all pupils. This free primary school is the first of its kind in Osun State, and I appreciate Engineer Agoro,” he remarked. 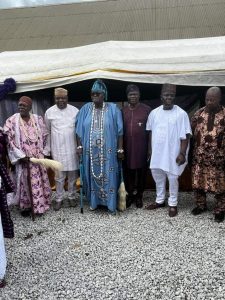 In attendance at the ceremony was Osun State Commissioner of Lands and Physcial Planning, Honourable Agunbiade Nathaniel and his Education counterpart, Honourable Oladoyin Folorunso, both of who represented Osun State Governor, Alhaji Gboyega Oyetola.