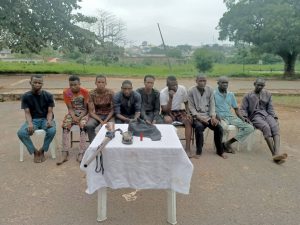 Deployment of Adewale Williams to the Oyo State Police Command, Iyaganku, Ibadan as Commissioner of Police in June 2022 seems to be a pointer to the overdue doom for gangs of black sheep in the state.

From the command’s Public Relations Officer, Adewale Osifeso, a Superintendent of Police just came latest exploits of officers and men on the trail of some suspected kidnappers who had abducted the peace of the people.

The PPRO confirmed that eight suspects, connected with abduction of a farm supervisor, Taiwo Christopher Bakare ,and one Dr Abdulrasheed Oladoye, both of Jabata and Gbede Communities under Surulere Local Government Area of the State on July, 16 and 22, 2022, had been smoked out of their hideout. 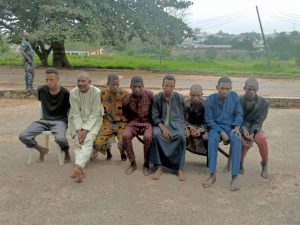 In another breakthrough, operatives of the command, attached to Iganna Divisional Police Headquarters, also arrested a suspected Kidnapping syndicate responsible for series of abductions around Iganna, Iwere-ile and Ijio axis under Iwajowa Local Government.

Recovered from them included: One Dane gun, Expended Cartridge, Detachable Head Hood, One Pair of Slippers, a sum of N12,000 only. 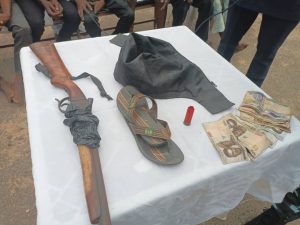 Osifeso further confirmed that all the suspects had owned up to their involvements in the crime and are cooperating in the ongoing investigations.

He said, “while appreciating the good people of Oyo State for their cooperation, the CP appeals to residents to be generous with the provision of credible and timely information capable of nipping crime in the bud at all times.

“In cases of emergency, the command can always be reached through these emergency control room numbers: 615 (toll free) (OYO STATE SECURITY TRUST FUND), and Oyo State Police Command emergency lines 07055495413 and 08081768614. The NPF rescue me app is also available for free download on both Android and Apple IOS, for Android and I phone users respectively.”