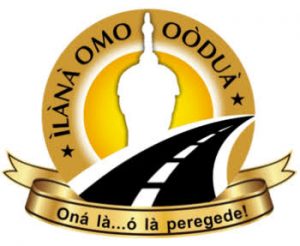 After its emergency meeting at her Secretariat, in Ibadan, the Oyo State capital on November, 29, 2022, the Interim Executive Council of the Ilana Omo Oodua Worldwide rejected what it alleged the selection and nomination of its former Deputy Chairman, Mr. Wale Adeniran as the new leader.

Chairman and Secretary of the group, Princess Tanimowo Okusaga and Prince Kunle Adelakun Eruobodo, respectively, in a statement issued after the executive meeting.

According to the statement the new Interim Executive had been mandated to serve a period of two to three months during which they are to review the Constitution, correct identified anormalies within the organisation and organise a befitting election to swear in officers based on the newly reviewed Constitution as demanded for by members at the just concluded Congress.

The statement recalled “that the acting Executive Council of the organisation, known as the Ilana Interim Management Committee (IIMC) under the leadership of Barrister Funmi Soyemi with her members, observed certain irregularities in the initial purported election that was conducted in an unethical manner contrary to the statutory norms and standards of an electoral process dated 15th of October, 2022.

“The shady election was nullified by the Congress at the Secretariat of the ILANA OMO OODUA (IOO) on the ground that it was unjust, unconstitutional, undemocratic, not transparent, free, fair, credible and therefore voided.”

It added that “the Executive, maintaining that Ilana Omo Oodua being the foremost Yoruba Self Determination Group must lead by good example, declared that any attempt to force Wale Adeniran, who was fraudulent foisted on the group but who personally resigned and announced his decision to the public recently on account of his unabating spurious character, shall be resisted as the organisation is bigger than any individual.”

It also alleged “that the life of Prof. Banji Akintoye had been threatened several times by Mr. Wale Adeniran and Mr. Maxwell Adeleye with both of them pressurizing Prof. Akintoye to vacate the scene to pave the way for the installation of Mr. Adeniran as the Alana or the supreme leader while Baba Akintoye would be reduced to a mere patron and stooge. This is a failed coup d’etat. Meanwhile, all the empirical evidences shall be produced at the appropriate time.

“The hidden agenda being orchestrated by Mr. Wale Adeniran, Mr. Maxwell and their cohorts had been unearthed by the members of the Ilana Omo Oodua.”

It further stated, “We have resisted their secret agenda and imposition plans both privately and publicly. We are fighting the battle and we are not ready to give up the fight. Mr. Wale Adeniran and his co-traveller, Mr. Maxwell Adeleye, are obviously bent on tarnishing or destroying the collective interests of the Yoruba people.

“It is extremely sad, absurd and uncouth to have seen few elements who are hell bent to sabotage a long time dream of the sons and daughters of Yoruba for their personal greed and selfishness. If not resisted, this could mortgage our future and that of our coming generation as a people with common destiny.”

It maintained that the Executive Council and the general assembly of Ilana Omo Oodua would resist efforts “to destroy the hope of the Yoruba Nation.”

“We want to state unequivocally that the Congress resolutions supercede the individual powers of the Alana to impose illegalities on the assembly of Ilana Omo Oodua Worldwide. Baba Adebanji Akintoye is reputed for failing to uphold the sanity and the santity of the Constitution of the Ilana Omo Oodua Worldwide and is perceived to indulge in divide and rule system which promotes acrimony and disdain.

“Issuance of certificates, signed by non-members of Ilana Omo Oodua to unelected persons who are products of illegal and criminal electoral exercise as executives of Ilana Omo Oodua, is both curious and unacceptable,” the statement declared.

“Conclusively, it is on record that the Congress on the 1st of November, declared opened by Prof. Akintoye, was not done in a secret sitting room in Cotonun but at the Secretariat of the Ilana Omo Oodua Worldwide, in Ibadan, Oyo State, Nigeria. We reiterate the fact that the certificates of return being purportedly given out to Adeniran and his ‘social media exco’ at a secluded place are nothing but a fraud comparable to the fallacy and the fraudulently concocted Nigerian 1999 constitution.

“It is well known that Mr. Adeniran did not contest for the position of chairman during the congress, therefore, it is unbelievable and against democratic norm to have seen Prof. Akintoye begging the elected Exco members, produced by the Congress held in Ibadan on November 1, to accept Mr. Adeniran as the chairman of Ilana Omo Oodua. Though we understand the pressure being mounted on Baba Akintoye to vacate his position for Adeniran, notwithstanding, we are resolute in our collective decision to rescue the Yoruba from the detractors and the anti progressive forces congregating in Cotonoun, Republic of Benin.”