The educationist passed away on July 13, 2022. She was the proprietress of Labo Memorial Primary School and Somerset Secondary, and also a pillar of the community and philanthropist. 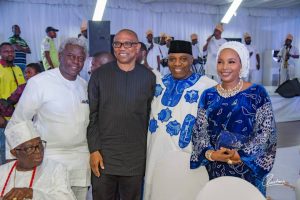