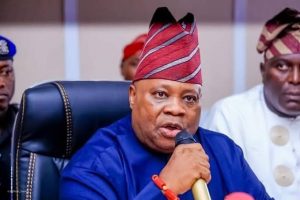 The Executive Governor of Osun State, Senator Ademola Jackson Nurudeen Adeleke has given a nod to appointment of Prince Adeagbo Morufu Atanda as the Olórígo of Orígo, in Egbedore Local Government.

A letter signed by the Permanent Secretary, Ministry of Local Government and Chieftaincy Affairs, Mr Bashir Oladipupo, a copy of which is available to TheTabloid.net, indicated that the appointment was effective from Tuesday January 17, 2023. 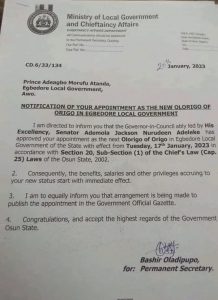 “I am equally directed to inform you that arrangement is being made to publish the appointment in the Government official Gazette,” he stated.