Unless you are close to him, scarcely does the Eburu of Iba, Oba Adekunle Adeogun Okunoye speak of this particular chapter of his travelogue. His phobia is due to the severity of that incident which, he emphasized strongly, could have cut short his bright future.

The year was 2000. The world was still reveling in the euphoria of the new millennium. The royal father, who was then a fresh Post-graduate student in Finland, had just returned from the US, where he experienced his first crossover night. 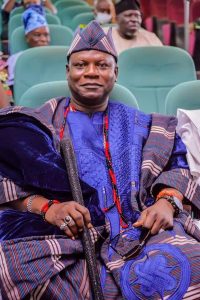 On his return to Finland and before he was completely overwhelmed by class work, he quickly travelled to the former Soviet Union and landed in Moscow, the capital city but met what he never bargained for. He was welcomed into the city by the frozen weather; it was the lowest temperature he ever experienced in his life.

Oba Okunoye recalled, “my experience at the Sheremteyevo Hotel where I lodged in Moscow was too bad to remember; It was during the winter season; so, I had my winter suits and jacket but they could not hold that extremely wicked cold. I was thinking that I would freeze to death because it was such an hopeless situation which I cannot wish for my enemy even 22 years after. That cold almost killed me.

“Fortunately, I had an agbada in my luggage. I put it on top of my winter jacket. Should I say that was my saving grace? Despite that, the cold was still very hostile and unbearable. I almost thought that some evil forces were after me in that country, using the cold as a decoy. But I was determined that I would struggle with it, and that was what I did because I saw citizens of the country going about their businesses.

“That sight of the people strengthened my resolve and gave me confidence that I would not give up easily. And I did not give up at all. I did not run away; I did not hide myself inside the hotel room. Instead, I confronted it, went out and sightsaw to my satisfaction. 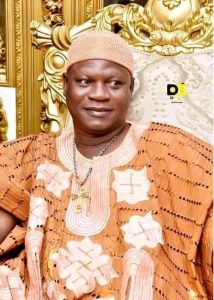 “I felt there was no point in venturing into that trip if all I would do was to keep myself inside a room. I explored the city and freely interacted with the people. But in truth, it was not an experience I love to remember for any reason because it was an unpleasant story of my life sojourn in Europe.”